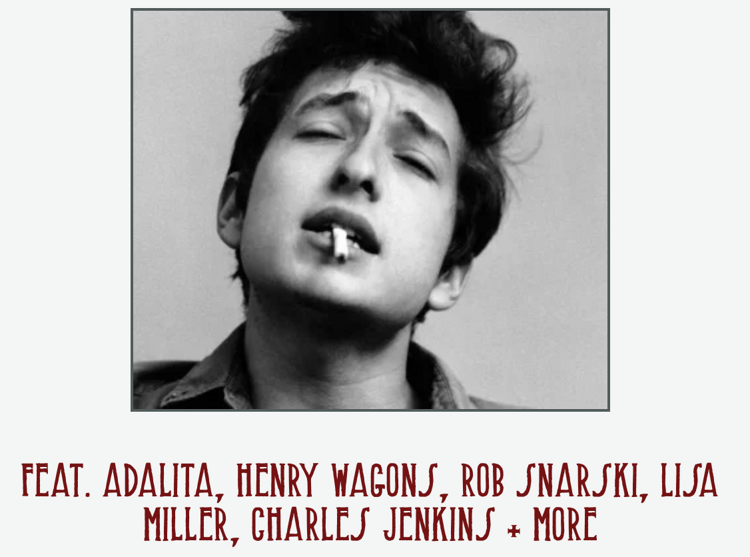 “May your heart always be joyful

May your song always be sung

May you stay forever young”

None of us are getting any younger, but certain things are apparently ageless. And while Bob Dylan may be turning 81, his vast catalogue of songs – songs written over a period now spanning about 60 years – remains as wondrous, relevant and life-affirming as ever. It is a body of work that has, indeed, remained forever young.

St Kilda’s historic MEMO Music Hall and the Caravan Music Club continue a tradition that began at the Caravan Club’s original location at the Oakleigh RSL in 2011 for Bob’s 70th. It’s a tradition that has seen some of the biggest and brightest in Australian music – including Vika & Linda, Joe Camilleri, Tex Perkins, Tim Rogers and Mick Thomas – join in to wish Bob a good one, and this year will be no exception.

Performed over two big nights, “Forever Young – A Bob Dylan 81st Birthday Celebration” will feature a cast of Melbourne’s finest vocalists and Dylanophiles, each performing songs that are enmeshed in the very fabric of their musical lives. Adalita, Henry Wagons, Rob Snarski, Lisa Miller, Charles Jenkins, Freya Josephine Hollick and Suzannah Espie will dig deep and give their very best – for you and for Bob. And there are more to be announced.

Additionally, and for the first time during one of these birthday bashes, MC Brian Nankervis will be exercising his interviewing muscles and chatting with some of the guest artists about their relationships with Dylan’s songs and the way Dylan has influenced or inspired their music and their lives. Brian has also agreed to assemble some of his favourite Dylan anecdotes, encouraging the audience to separate Bob myth from Bob reality …

When he first sang the above lines from “Forever Young” back in 1973, Dylan was in his early thirties and a decade into his musical journey. He was already the most influential singer-songwriter of the rock age, but surely neither he nor anybody back then could’ve imagined just how well his music would travel. Come celebrate the timeless songs and enduring spirit of this singular artist when we present “Forever Young – A Bob Dylan 81st Birthday Celebration @ MEMO Music Hall, St Kilda’.